A Warriors Meditations on DEATH (part 3)

Anatoliy Anshin writes in his book: “The Truth of the Ancient Ways” on page 14:

“The cult of the blade was the fourth element of bushi intangible culture.

When outdoors, Japanese warriors constantly wore a long sword and a short sword or dagger. They were not supposed to detach the short blade from their waist for even a moment; this was the manifestation of the state of constant alertness within the broader context of evryday preparation for death.

Everyday life was intended to be but a constant preparation for ones death, with the proper spirit expressed, through the proper “form”, the body. Preparation for death was not conducted in a morbid manner but, rather, was accompanied by a positive attitude that was achieved by setting a goal that was meaningful in a warrior’s life.

This meant neither awaiting nor fearing death, not the desire to die irresponsibly at any convenient chance, but constant readiness to sacrifice one’s life for his cause.”

Other posts by Project Archangel 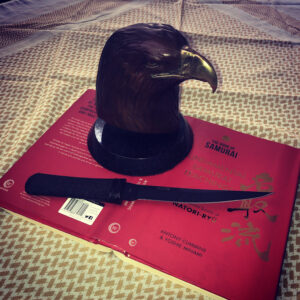 A Warriors Meditations on DEATH (part 2) 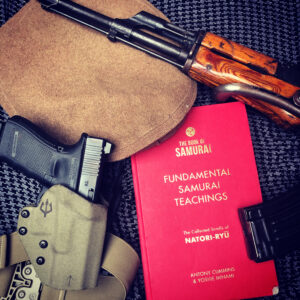 A Warriors meditations on DEATH (part 1)